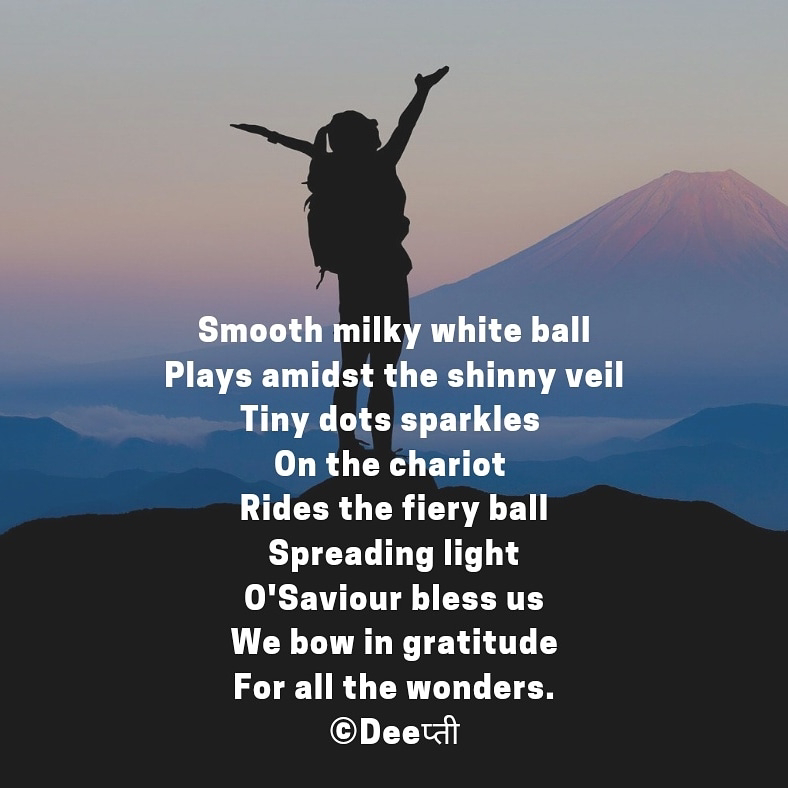 Posted by Deepti Agarwal at Thursday, February 11, 2021 No comments: 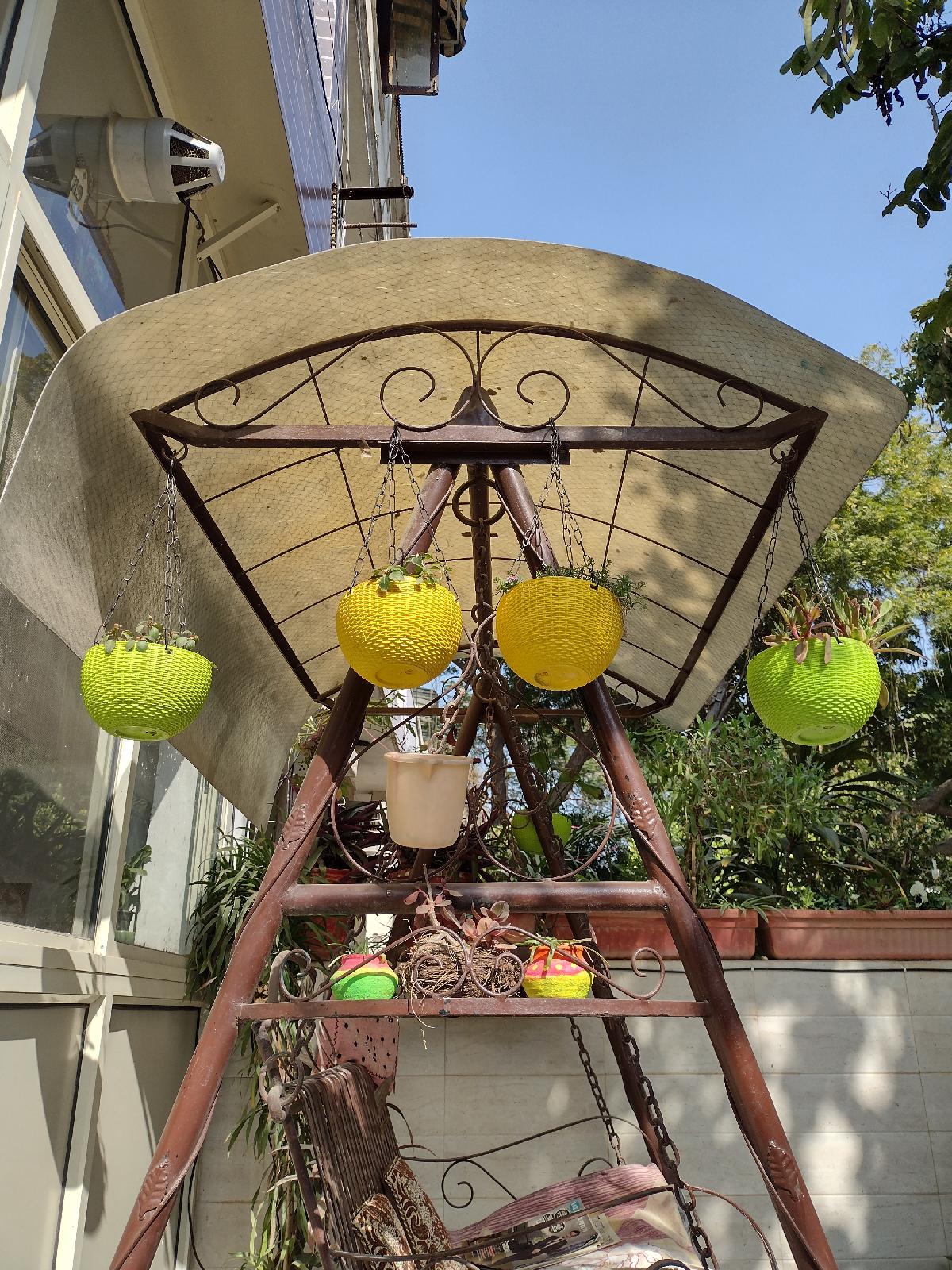 She stood there gaping at the book stall. Her stomach growled reminding her that last morsel she threw in her stomach was three moons before. When she got lucky in a fight with that brown fury furious dog on the other street. That day she won the fight and got a piece of half eaten bread right from that dog's mouth. She slid behind the pillar very quietly. Dog could not see her hiding and no sooner  it ran past her she threw a big stone and hit it's mouth, catching the bread piece in air and immediately gobbling it down. Her stomach growled for more and the dog tried to attack her. She was quick enough to swing her other arm holding a rusted rod. It hit the dog hard on his nose. He whinned loudly and rushed away.

Oh ! How much she wanted to read, even more than she wanted to eat. She thought books and words sprawled over the pages can satisfy her hunger better than a piece of bread. She loved reading and through stories she loved transporting herself into the fantasy world it created.

Once she got hold of a torn book in garbage of some princess called 'Cinderella'. She dreamt herself being in the place of that beautiful princess. But the moment king's people came to their house to try on the shoe......

"Oh, No! where are the other pages....?? She cried, book had ended abruptly leaving her hungrier than ever.

She cried in despair. It was just half book and now she yearns to read it. To know what happened? To believe in Happily ever after.

But there was no way she could know now as the book was torn and the pages were missing. For months she kept on looking at the garbage bags at the same spot. May be just may be she might get lucky and get the other half of that book to know the end.

Now that book stall of old used books was pulling her like a strong current. She obliged and walked towards it. Many children were laughing and giggling around the stall. They were holding one or the other books.

Her mouth started watering as if looking at a plate full of hot delicious food. But she knew how to survive for another two days easily without any real need of food. But her heart craves for the books.  She loved the words creating magic in her mind and teaching her so much about the world.

Her mother taught her patiently to read with black coal on the ground. Since then she picks any piece of paper lying here and there and tried to read and if she had any doubts, her mother always explained it. Last month she did not wake up even after her many attempts. Then somebody told her she was dead. Later she was stuffed in her garbage collecting bag and taken away by two people.

That day she lost three precious possessions. One, her mother and Two, her garbage collecting bag. Three, that piece of jute bag which they called thier home in the dark corner, under that railway bridge.She did not knew what to do now and how she will survive without her possessions. But she did.

And now standing beside the old book stall she looked at the books hungrily. She was so engrossed in the books that she did not even heard the footsteps. She was shocked when she heard someone tugging at her shoulder. She looked into the softest brown smiling eyes. Her expensive hat was flavourfully placed, she was wearing dark glasses and had soft rosy colour on her lips. Her bright yellow dress danced with the gentle breeze.

She had a sandwich in her hands and she offered. But, She wanted to read so much, when at the same time she was hungry too. She did not knew what to do. Deciding once, She moved her head in 'No'. That lady was surprised.

"Why, little girl? You seem so hungry. Do you want something else to eat. You poor girl my heart bleeds to see you in this state"

Her eyes lit at this and thought maybe she can ask for a book. Which she did ask for. Lady was surprised and Happy at the same time for her demand. She gently took her hand and together they walked towards the book stall.

Posted by Deepti Agarwal at Monday, February 01, 2021 No comments:

Of doubt peeks from window

Slowly sets inside me

Peeks outside the window

©Copyright Deeप्ती
Participating in OctPoWriMo 2020 on Day 31 with Word Prompts - Worthy, Embrace, Light, Dark, Shadow, Imperfections, Warrior .
Using today's format prompt of Parallelogram de Crystalline is a poetry form created by Karan Naidu. This form consists of 4 verses of 3 lines each. The syllable count for each stanza is 3, 6, 9. In this style of poem, the beauty of a lover is compared with the nature and described... We were asked Instead to write of the light, dark, and shadow compared to nature or to each other.
Posted by Deepti Agarwal at Saturday, October 31, 2020 8 comments:

Floating on a sea shell

Reached the shore with grace

Dew drop resting on a petal

Shines valiantly with the sun rays

A smile on an innocent face

Funny gestures I do make

Emitting peace all around

A bicycle on a curvy road

With the soft wind on face

Participating in OctPoWriMo 2020 it's Day 30 just one day more.. Along with satisfaction to reach here I am feeling a bit low as this years beautiful journey of October is about to end. Looking forward for 2021 already. I went with few words from the Word Prompt (Wild, spontaneous, bent, funny, crooked, weird, curvy)

On a life’s footpath

In search of wisdom and truth

Side by side on the sacred path

Carefree in nature and habits

Poles apart yet so near

and the Poetry Format as Puente  a poem created by James Rasmusson, and is somewhat similar to the Diamante. Like the Diamante, you start with one aspect of a topic or issue and then, line by line, work toward another aspect. In the center is a line that bridges the two aspects together.

She buzzed and buzzed

And hopped from one flower to another

With a quick stride enters the door

Through a little keyhole

After roaming inside the room

Lusting over the plastic flowers

Nothing tastes better than fresh

I opened the door for her to go

She buzzed and buzzed

And rested on the glass door

Of all the natural flowers and fruits

Smiling and inviting from outside

She did not found the way to go

Door was opened, Yet, her brain not

Wide open door was out of her thought

Searching for the same keyhole

She collapsed on the door.

Don’t be a fool

Learn lessons from that dupe

Choices are yours and decisions to take

This world and this body is a mirage

Locked inside a life’s room

Whereas the garden outside

Is the life beyond our Birth

Do not keep looking for the keyholes

The door is opened

Have courage to step out of that door

Break the chains break the shackles

Walk the path and listen to its voices.

©Copyright Deeप्ती
Participating in OctPoWriMo 2020 with word prompts Journey, Path, Trail, Decision, Choices.
I chose Fable Format - A fable is a poetic story composed in verse or prose with a moral summed up at the end.  Usually using animals as ‘characters’ to teach a valuable lesson.
Posted by Deepti Agarwal at Wednesday, October 28, 2020 12 comments:

With special meaning to every custom

Paying our respect and bowing to their legacy

Rich magic weaves around our persona

Between the Heaven and the Earth

With treats and festivities

Embracing the long trail of traditions

Richly engraved in our souls

May the love of our lineage